Moving to Kansas was one of the biggest risks and scariest things I’ve done. After two weeks of job searching I accepted a job at Tide Dry Cleaners and after the end of my first day there Andrew from LattéLand called me to set-up for an interview the following day. Within a week I was working two jobs and within another two weeks Andrew told me a new girl named Anna from Colorado was going to start working. At that point I had gotten comfortable with everyone and didn’t like the idea of meeting yet another person (which is unlike me). Anna and I both remember the day she came in. She says she knew right away we would be good friends–which is rare and kind of funny. For me I remember thinking she had a cool hair-due (her hair is always somehow in this unique bobby-pined piece of art), very friendly and a little shy. Then after I told Mollie I was new and couldn’t train her Anna laughed and I was glad a co-worker had an awesome laugh. 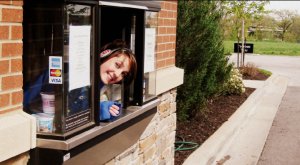 This is an excerpt from my journal (re-written a bit more formally here. Beck I know you’ve read this so I’m sorry this isn’t ALL new to you!):

After working a few shifts with Anna I thought she was one of the most interesting, opinionated, hilarious girls I’ve met. We are both opposites in several areas, but we got each other.  Before I moved to Kansas, before I even entered High School, I prayed that I would have a friend who was confident in who they were, stood up for their friends and enjoyed quality time. Who knew God would have waited five years to introduce me to her. Not only does she carry these things, but she also hates shopping, HATES the heat/sun & loves gloomy days, likes pepperoni pizza, books, movies, names and hands (yes, hands…we both are into hands and believe they say a lot about a person. They do). After nearly a month of working a few days a week together, we got together to hang out outside of the Land of Lattes, otherwise known as “The Land.” One adventure to the Plaza turned into meeting at the Land to work on a crossword, which evolved into hanging out together every day. If she worked in the morning, I would come hang out and if I had a closing shift she would come in some time to read, write or conquer a crossword. Some would say we didn’t have a life. True, we didn’t have a lot of responsibilities or social obligations, but I treasure the few months Anna and I had taking part in lazy activities.

We both moved from two different states for different reasons without knowing many people in Kansas, but we ended up working at the same coffee shop, bound to become friends.  She is an intense little firecracker and, while I’m a light-hearted, laid back gal laughed at her instead of being intimidated. That is probably because my sister Amy used to be super intimidating and I dealt through her intensity. So Anna’s was a piece of cake. She would strongly have opinions on things I would consider small, but I laughed because I didn’t care and thought it was humorous someone would voice their opinion so quickly.  YET after hanging out with her I think that rubbed off on me and now I do care about either going to Buffalo or Noodles.  I love being so different from her and although we’ve had to communicate through our differences I think we both have learned from each other. Anna is a blessing and at times I become speechless (hence how I couldn’t start this post and resorted to my JOURNEL!) for how thankful I am for meeting her. She is one of the most genuine, understanding, non-judgmental people I know and without meeting her and getting the job at LattéLand I truly don’t know if I would have stayed in Kansas.

1. She’s the best listener I know. Not only does she listen but she remembers everything you say and will give you her thoughts. If she knows she can’t do those two things she will tell you that she can’t give her full attention.

2.  She enjoys the little sentimental things in life. I could go on…and on….and ON about this one. Quotes, mannerisms and quirks are all things in life that are normal and ones everyone has.  Anna makes you feel loved by empathizing how special/funny/weird things you say, do or respond are. I love that because people can’t help what they do and through Anna doing this it makes one relax and be able to be themselves. If you don’t know what I mean I’ll elaborate.

3. She’s open for “cheap fun.” She challenged my inner youth by creating awesome ideas for nightly fun. Going to Wal-Mart for a four square ball, buying a meal at Hen House and making dinner (she cooked, I ate), going to the park to catch frogs (she caught them, I played on the swings), simply driving around or going to Borders to browse for books. Anna is always up for anything and the most fun I had with her are the times we didn’t spend a dime. 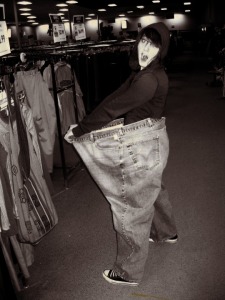 4.  Going along with challenging my inner youth (because my personality is prone to be extremely responsible and go by the rules) she convinced me to skip a few classes during our semester at JCCC together. One night we skipped and the four of us went to eat Greek food and the movies (there wasn’t any parking…and we were already late….so basically we had already missed the class) and another time we skipped to go to garage sales. Needless to say out of an 18 week course she convinced me that skipping a class here and there wouldn’t hurt my grade.

Its been almost two years since she has moved back to Colorado and our friendship has only strengthed since her departure. Anna has been a friend who looked past my humor (MY humor), my innocent spirit and kindness most people see, but don’t challenge to go deeper. I’m very open. I can be quiet,  but if given the opportunity (espically one on one with someone), I’ll babble on and on. Truth is, I like being asked how I am. I really don’t like initiating talking about myself. I like specific questions and the “go ahead” to start talking. I find it’s rare to find people who’ll ask deep questions.  Anna…let me tell you…Anna has had me sit in a car thinking so deeply about myself I thought my head was going to turn into a turtle because I just wanted to hide and not come out. I was scared at how she stirred new emotions and thoughts. Anna and I are such close friends because partially, for me, she has shown me that she wants, cares, and remembers my inner details.

She doesn’t take generiosity for granted. She will always thank me for driving (if she didn’t…she will drive a lot), let me know when she got my mail, and is consistent with being considerate. She is very faithful with phone calls. We’ll plan a phone call for Thursday when its Monday for 11am and I know she’ll remember. Come Thursday it’ll be 10:54 and I’ll get a text saying “5min.”

I come across as an open book, but, like most open books, there are pages people miss or parts they don’t care to read between the lines. I’m easy to get along with and can be predictable….but really, I’m not. I’m pretty complex. If you ask Anna she’ll be the first to say “pah! No she isn’t!” This is because she invested so much time in listening, hanging out with me and observing all my sides. She has grown to understand those sides, even if they aren’t similar to hers, she is accepting and truly thinks of my best interest at heart. For that, and for other things, she’s a friend for life.

Our friendship is deep, true and unconditional. I think if we hit Mt. Everest we basically could figure out a way to climb it MEANING we can accomplish anything because we know while it may be hard and a challenge, our confidence in the other one is secure.  Our memories aren’t filled with drunken nights and being boy crazy yet, at least for me, are filled with conversations,

It cracks me up we both moved from different states into Kansas, the same town and waltzed into LattéLand. Clearly God was divinely orchestrating this and yes I get very annoyed when people say it was just chance. Ha. Ya um no. After working with Beck for a week I felt like I’d known her for years and when we both went to eat out with Hunter for the first time he asked us how long we’ve known each other outside of work. I told him he’d known her the same amount of time as me and he said “oh I thought you guys have known each other for years.”  I think I was deprived of no Beck for most of my life but in all honesty, because of the circumstances, I am so glad I went with what I believe was God telling me to move to Kansas because if I hadn’t, I would have never met her and for that I can’t feel deprived, but rather thankful.