Within five minutes of meeting Cobus, I discerned he was a man of peace, warmth, and sincerity. I walked in a living room for small group for the first time, only knowing one person. I went around the room shaking hands and Cobus gave me the biggest, warmest smile, pronounced his name twice, and insisted on giving up a seat for me. He was attentive to each female that evening, making sure they had a comfortable seat. He sat on a piano bench. In LA I’m used to many oblivious, self-centered men. Cobus shatters the stero type for LA men..except for how he eats. #newhealthnut
Slowly but surely, we grew to be extremely good friends, and when I’ve been publically asked to share what I think of him, I cry. It has happened a handful of times now. 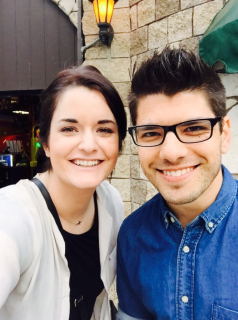 Before I continue and reveal how close he’s to my heart, let the record show he’s 100% a brother to me. I’m stopping any “does she have feelings for him” thoughts RIGHT NOW. He’s going to chuckle at this. He’s a brother to me, and I mean that in every sense of the word. He corrects me, I correct him. He encourages me harder than most, I strive to encourage him as best I can. He calls me out on my quirks, I call him out on his. I have full security in my friendship with him. I feel his adoration, protection, care, concern, loyalty and love for me on the daily.

He has never been fazed by any of my moods. He’s seen me slap happy, dramatic, stern, sick, over the moon joyful, and, unfortunately, has intimately seen my heart go through the ringer in a few close friendships. Through seeing all sides, he has been a steady rock of a friend. We’ve been though a lot with each other, and I know, no matter what I go through or how I am emotionally, he’s there for me.

God knew I would benefit, learn, grow and love others better because of Cobus. Without Cobus, I know my life in LA would look differently. He’s been a voice of truth and one of my loudest cheerleaders. Cobus is a man of truth who doesn’t waiver in his convictions. He’s steadfast in his beliefs and his consistency is a reason he’s the glue for so many friendships.

A reason we are close friends is our capacity for depth. Vulnerability comes somewhat effortlessly to us, so does deep conversation. We’ve never done the whole “small talk” thing…ever. We dive right in to the meat of every conversation, no appitizers. 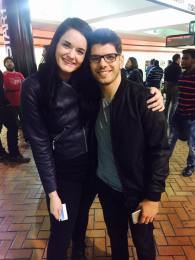 When he’s in a predicament, his response is, without fail, “I just want to learn how to love them.” He’s wired to see things black and white, and it’s sometimes a challenge for him to see details in the fabric. In friendships, when a situation is more than black and white, I’ve seen him bewildered and out of his comfort zone, but so aggressively eager to know how to handle the situation in love where his response will make the other feel loved. Having that response is a byproduct of selflessness and humility. I’ve seen the other side where his black and white self has ruled a situation – with me, if his actions stung, he’s always taken the energy to explain, apologize for sting, and end with saying, “I love you Mary and I just want to help care for you as best I can as a good friend.”

Months ago I had, to say the least, an emotional day. I woke up (on vacation) to a hurtful text from a friend I deeply care for, and I knew the only person who could bring the perspective I needed was Cobus. Problem was, he was in South Afirca. I debated reaching out to him because the last thing I wanted to do was bug him. However, his voice saying “always here for chats” rang in my head and, for the first time in our friendship, I messaged him saying, “I need to talk to you Cobus.” Despite being across the world, he made himself available immediatly. He left whatever activity he was doing, called, and listened wholeheartedly. I remember pacing back and forth on the phone crying, trying to communicate what was happening, and after my break-down he says, “Mary. You’re above all of this. Having this affect you this much shows how unhealthy it is for you. Walk away. You have your answer.”And that is one of 8273 times Cobus brings what I like to say, “the hammer.”

Now, for me to be outside on the phone crying to him in South Africa speaks volumes on how low I was emotionally. I felt as if I had not a drop of emotional energy left in my body, period. I was weak and felt defeated. Cobus though knew the strong Mary, he knew I had it in me to take life by the reins and tackle this situation with integrity. He so gently empathized with me and said, “you’re above this Mary, this is so beneath you. Child play. Go rest and take care of your heart.”

He challenges people to be their best. It honestly can drive me crazy because I think, “you need to calm down and let me be human,” but he pushes me to rise above and be the bigger person.

He turns 30 this weekend. I’m immeasurably blessed by his friendship, and he’s been clutch this past year and a half. His encouragement, advice, laughs, conversations, adventures and “hammer” moments are so dear to my heart. He’s one of the best guys I know, and I can NOT wait to meet the future lady he’ll dote on, adore, treat like a Queen and cherish oh so tenderly.

Cobus, keep being you. You’re valued, loved, irreplaceable. I wish you all the success in the entire world and a half. Your 30’s are going to be bomb diggity.

One thought on “Cobus.”